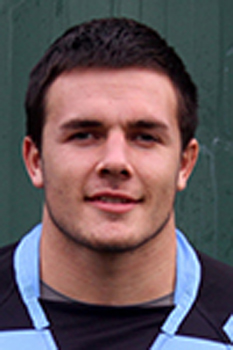 Ellis Jenkins came through the Cardiff Blues Academy and played 42 games for Cardiff between 2011 and 2014. After captaining Wales U20s to a runners-up spot in the 2013 Junior World Cup he signed a new contract for Cardiff Blues and very quickly established himself as an indispensable member of the team and one of the most promising back row players in the country. His full international debut came during the Welsh tour to New Zealand in 2016 – with his first five test appearances being in the Southern Hemisphere, finally appearing for Wales on home soil when he came on as replacement in the game against Italy in the 2018 Six Nations Tournament.