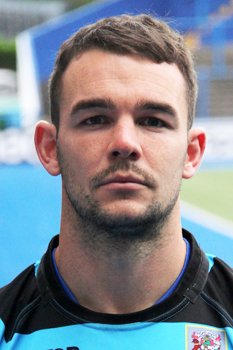 Bridgend born scrum half Tom Habberfield made 135 regional appearances for the Ospreys before he was surprisingly released in 2019. Cardiff took the opportunity to sign the experienced scrum half for the 2019 -20 season. Tom played for the Wales 7s team in 2011 and the Wales U20s in the World Cup in South Africa in 2012 and also made 26 appearances for Bridgend between 2011 and 2015. An injury picked up in an early season game for Cardiff Blues 'A' resulted in missing the first couple of weeks of the season, with Tom's debut coming in the Welsh Cup game against Rygbi Gogledd Cymru at Colwyn Bay on September 14th 2019.