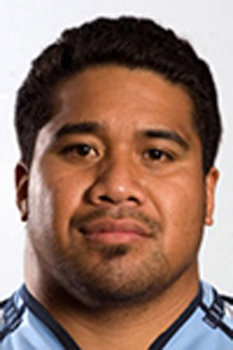 Australian born Campese Ma'afu joined Cardiff Blues from West Harbour in 2012 and in two seasons at the Arms Park he played 16 games for the Blue and Blacks. Although Australian born he played internationally for Fiji (his parents homeland) and in 2010 was selected for the Fijian National Squad. His brothers also played rugby with the eldest (Salesi – who also played for Cardiff and Cardiff Blues) opting to play for his country of birth (Australia) and the youngest (Apakuka) choosing to represent Tonga at 7s. Campese made 21 appearances for Fiji (including a game against Salesi in 2010). After leaving the Arms Park he joined Nottingham and then moved to Northampton.