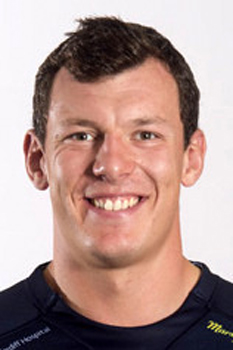 Robin Copeland gained his rugby education at St Mary's College, Dublin. As a teenager he was a member of the Leinster Academy but he was not ready for be a full time professional rugby player as he was still full time in College. He joined Cardiff Blues in 2012 after previously playing for Wexford, Plymouth and Rotherham. Copeland played only one game for Cardiff, but was in the game he played for against Newport. After two years with Cardiff Blues (for whom he made 53 appearances) he returned to Ireland when he signed for Munster.