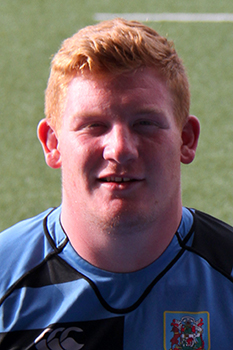 Having come through the Cardiff Blues academy, prop forward Rhys Carré made his debut for Cardiff against Llandovery in April 2016 (just after his 18th birthday). His impact was immediate and he had scored his first try for the Blue and Blacks within the opening five minutes of the game. After making 26 appearances for Cardiff (also appearing for Cardiff Blues, Cardiff Blues ‘A’ and Cardiff Blues Premiership Select) he made the decision in 2019 to move to London to develop his career with Saracens.