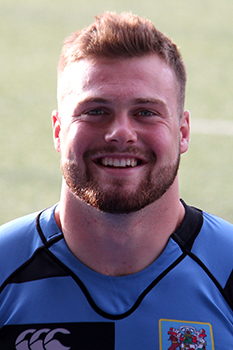 After progressing through the Cardiff Blues age groups Rhiwbina product Owen Lane made his Cardiff debut against Aberavon in September 2015. Over the next couple of seasons he made 16 appearances, scoring 3 tries, before progressing to a regular place in the Cardiff Blues side. Owen suffered some unfortunate injuries, one while playing in the European Challenge Cup Final in 2018 (when Cardiff Blues beat Gloucester).