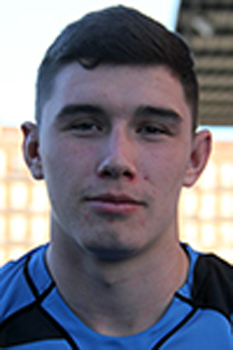 Cardiff born Seb Davies came through the Cardiff Blues Academy system and played for both Cardiff and Pontypridd. During the 2016-7 season he made 10 appearances for the Blue and Blacks and was allocated to the side for 2017 – 8 to further develop. That development never happened as he had made such an impression with the coaches at both Cardiff Blues and Wales that he became a regular for the regional side and a key member of the national squad after being called into the Welsh setup for the 2017 Autumn internationals.