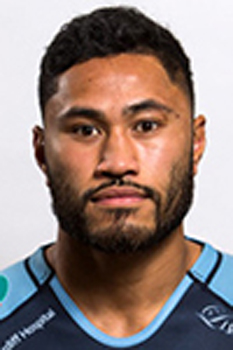 Pele Cowley played two games for the Blue and Blacks against Ebbw Vale and Newport during his time at the Blues. Pele linked up with the Cardiff Blues in 2016 on a short term contract after Lewis Jones underwent knee surgery. At the end of his contract he returned to New Zealand where he was contracted for 2017 with the Mooloos in Waikato.
Born in 1993 in Apia, Pele is a Samoan International who played half back with Waikato in New Zealand. He made his debut for Samoa in 2014, as a second half replacement against Italy.