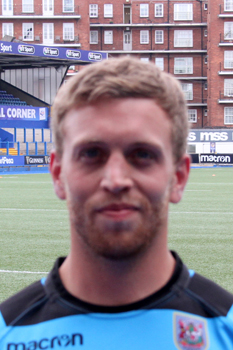 A graduate of Cardiff Met, Ben Williams joined Cardiff for the start of the 2019-20 season from Ealing Trailfinders having also played for Worcester Warriors 'A'. A useful scrum-half, Ben made his Cardiff debut in the pre-season game at Bedwas with his debut in the Welsh Premiership coming a week later against Pontypridd.