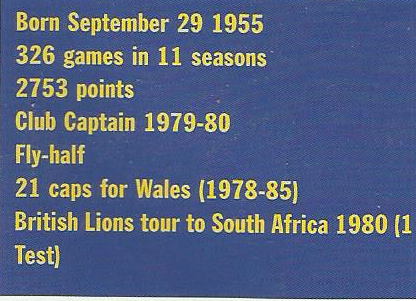 Gareth Davies will tell you that he was a lucky man. When he arrived at Cardiff his scrum-half partner was Gareth Edwards, then at the height of his powers later Brynmor Williams made such an impression that WG Davies and BG Williams were the young understudies to legendary Bennett and Edwards halfback combination throughout the 1976 Five Nations Championship. And then a third partner appeared on the scene, Terry Holmes chalk to Davies’s cheese in background and physique but ultimately to prove the perfect foil for Gareth’s skills. 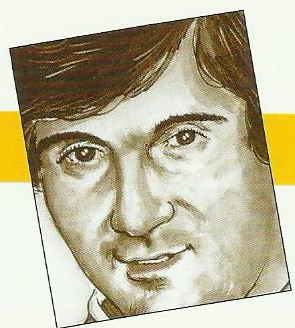 But William Gareth Davies did not need much luck to play himself in the history of Cardiff rugby club. Carwyn James had described him as ‘an Oxford fly half’ measured and controlled in all his play and in initial sightings reminded onlookers of Barry John: and languid style concealing and lethal kicking ability and decisive breaks against defences lulled into a false sense of security. Like his predecessor Gareth played first Llanelli, like Barry also he knew soon enough the Cardiff was a place for him.

“As a rugby club Cardiff had an aura about that few could even begin to match. It had by far the strongest fixture list in the days before league rugby and it had a backup team second to none, so I very much wanted to be part of it” he says.

Like many other young players new to the club Gareth Davies has fond memories of his early trips away “we were going to Pontypool for a midweek match I was just turned 20 and Terry Holmes was barely 18 and played on playing only second game. One of the old guard was that great, gnarled old prop Mike Knill and he turned to me on the team bus and said Have you been up here before sonny – you look after yourself now. It went as well as I could have expected as I dropped two goals and kicked two penalties in our 16-point win. 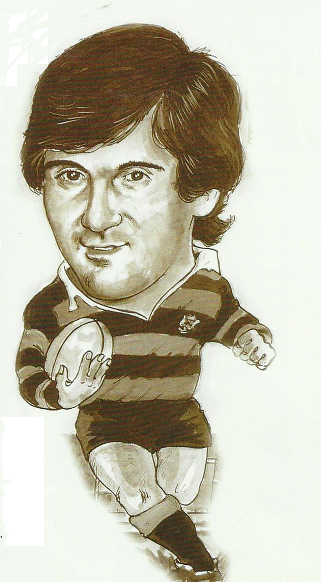 In later years of the games Pontypool were to hold special memories whether it was the thousands packed into the arms Park from the another floodlit spectacular, a mighty tussle between Holmes and the abrasive Chris Hewish or sublime performance by the whole team in the Semi-final win over them at Newport. The Welsh cup was to become the centre of much of Gareth Davies’s greatest achievements at the club, “For too long we were underachievers. In our centenary Year we really turned it on against Llanelli winning 25-15 with Alex Finlayson outplaying Ray Gravell in the centre. That was the same day incidentally that my home village of Tumble held Newport to a draw but then we managed to lose the final to Newport.  it was becoming a bit of an issue in the club until we developed our exceptional teams the early 80s.”

Gareth still waxes lyrical about the qualities of the team that era. There seemed to be strength in every position from Paul Rees at full-back the front row of Jeff Whitefoot Alan Phillips and Ian Eidman that was formidable as anything is ever seen since the Pontypool front row of the previous decade. “Alan Dolan was a good organiser in midfield the presence of John Scott was crucial upfront and Bob Lakin was the greatest servants of this club has ever seen an unsung hero if ever there was one.”

Gareth himself contributed one of the definitive displays a fly half generalship for the club against the Wallabies in 1984, a personal triumph of kicking out of hand that attracted plaudits from far and wide, and a notable double after his part of another win over the Wallabies back in 1975.

Having waited so long Cardiff triumphed in the Welsh cup five times in seven final between 1981 and 1987 and were beaten only by a last-minute drop goal but Llaneeli’s Gary Pearce in the sixth.  Davies and Holmes the halfbacks and four of those finals before Terry went to rugby league and Gareth played on the great Clubman like Neil O’Brien and Steve Cannon. In the best traditions of the mercurial flyhalf he often found himself at the centre of animated discussions about his worth to the Wales team, and also in the best traditions he returned to the number 10 shirt twice after being dropped and also captain Wales five times.

Being replaced by Gary Pearce or Malcolm Dacey was one thing, but being left out after three matches in 1985 in favour of AN Other was a step too far for a proud man even when the anonymous choice eventually materialised as a young Jonathan Davies. So Gareth took his bow from international rugby in 1985 and gave his final endeavours to a grateful Cardiff club. As his career came to an end the victories continued, another touring team scalp in Fiji, a triumphant Cup campaign culminating in final victory over Newport the later to lay rest the ghosts of the defeat in 1977 and then the happiest of club tours to Canada. His last game against Alberta in June 1986 by which time he had led a long since established record points total for a career and one that still stands over thirty years later. 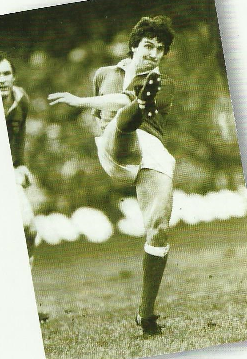 But for Gareth Davies rugby in Cardiff was and is far more than that accumulating points. “for me and many others Cardiff rugby club proved to be the challenge of the bigger stage” in his conclusion. “Some choose to turn away from that challenge – but I had absolutely no regrets I came here and, I like to think, contributed something to the great club” Everyone who saw Gareth in his pomp has no doubts whatsoever he made the right decision and that it was one from which we all benefited.