‘He was posh, drove fast cars and had long hair and looked an unlikely scrum half. But he also had big shoulders, a strong frame and was prepared to defend you against all opposition….’ Cliff Morgan has no doubts about the unique qualities of William Rex Willis. But even though he may have been renounced for his unflinching defence at the base of the scrum and the service he gave, first to Billy Cleaver and the Cliff over several seasons for Cardiff and Wales but there were still some tough days in Blue & Black colours that even Rex himself recoiled at the memory of. Like for instance playing Neath at the Gnoll. 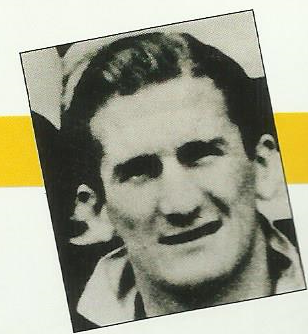 ‘Some of my greatest team-mates in International rugby were men on Neath like Rees Stephens and Roy John, but the prospect of them coming through the line out on their home patch to flatten you in the mid-winter mud didn’t exactly make you want to jump out of bed on a Saturday morning’ admitted Willis.

‘I particularly remember having to get out of our snowbound team bus to push it up the hill from Culverhouse Cross and then getting to the Gnoll just in time for another mauling’.

Those who saw Willis in his prime will take such self-deprecating memories with a large pinch of salt for, as Danny Davies recall in ahis centenary history, the scrum-half was ‘the personification of courage’. Having joined the Club from Llandaff where he had attended the Cathedral School, and having the unenviable task to succeeding Hadyn Tanner in the first team, Rex Willis soon made his mark. Two seasons with the successful Rags team proved to be ideal preparation but no one could have forecast the huge leap he was to make in 1949-50 as, within a space of a few months, he became a first team regular, was selected for Wales without playing in a trail game in what was to be a Grand Slam season, and then became a British Lion en route to a great adventure in New Zealand and Australia. 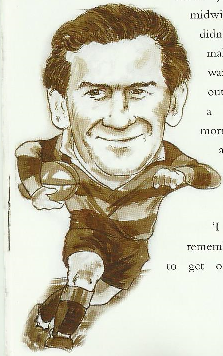 For many years a successful cinema owner and entrepreneur in the city, Rex Willis was something of a stylist and free spirit on and off the field and one story, apocryphal or otherwise, is that when the Lions assembled in London prior to departure, he arrive without too much luggage to see him through the long weeks of travel ahead. Not to worry about these domestic matters, within hours he had done all his shopping in the best West End stores, replete with the very best luggage to carry them in.

Regarded by some as the third scrum-half in the Lions party, Willis had established himself in the test team by the time of the two internationals in Australia, where he partnered Ireland’s Jack Kyle at fly half. ‘I was very lucky in my career to partner the three best fly-halves of their generation – Billy Cleaver, Kyle and of course, Cliff Morgan – all very different, but all great players.’ Throughout the early 1950s, Rex Willis was himself a world class player. The Morgan – Willis partnership was as famous as the John Edwards or Jenkins Howley in later years, as they blazed a trail for Club and Country and were automatic selections for high profile Barbarians matches against South Africa and New Zealand.  Rex, indeed, led the Baa-Baa’s against the All Blacks in 1954 and then went on to captain Wales against France.

Rex still ruefully acknowledged the part by a great Cardiff colleague in his departure from the International scene. ‘I was playing in the final trail in January 1956 and being in the Probables with Cliff Morgan I was already pencilled in for the Wales team that would play England at Twickenham a fortnight later. But marking me in the Possibles back row was my former Cardiff teammate CD Williams. He was playing for Neath (them again!) at the time but he hadn’t forgotten all my tricks and spent the first half happily gobbling me up. The result was the selectors swopped me with Onllwyn Brace at the interval and he went on to partner Cliff for the rest of the season. 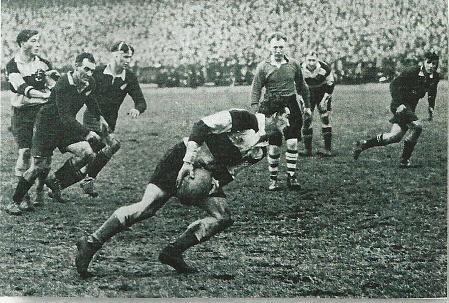 So Rex spent his final two seasons week in week out with the Club he had served so well. Despite the frustrations of an injury-wrecked captaincy season in 1952-53, the hardships of snowbound games in Neath or the fond memories of playing in front of hostile crowds in Gloucester, he remained relaxed and proud of his great years in the Blue & Black jersey. ‘To play for Cardiff was a privilege and there were also a few laughs’ concluded a man who never took matters too seriously ‘One day at Moseley I dived a pass to Cliff and then Bleddyn dummy-scissored with Dr Jack who got flattened by three defenders as Bleddyn touched down 40 yards away. Jack wasn’t amused, the tacklers were bemused to say the least, and me, I just couldn’t stop laughing’