Steve Ford was inducted into the Hall Of Fame at the Cardiff RFC dinner in June 2019.

Stephen Paul “Steve” Ford was born in Cardiff in August 1965 and played as a schoolboy for Rumney High School. In 1983 he joined Rumney but a year later played two rugby league trial matches for Leeds (brother Phil was already playing Rugby League for Warrington). Although he never played for Leeds the Welsh Rugby Union deemed that attending the trials had been an act of professionalism and suspended Ford from playing rugby union. After two years Ford’s suspension was lifted and he was allowed to play union again, joining Cardiff.

Steve Ford made his debut on the wing for Cardiff against South Wales Police in April 1985 (Cardiff winning 15 – 0), with his first try for the club coming in his next game in November of the same year against Oxford University (which Cardiff won 44 – 7). 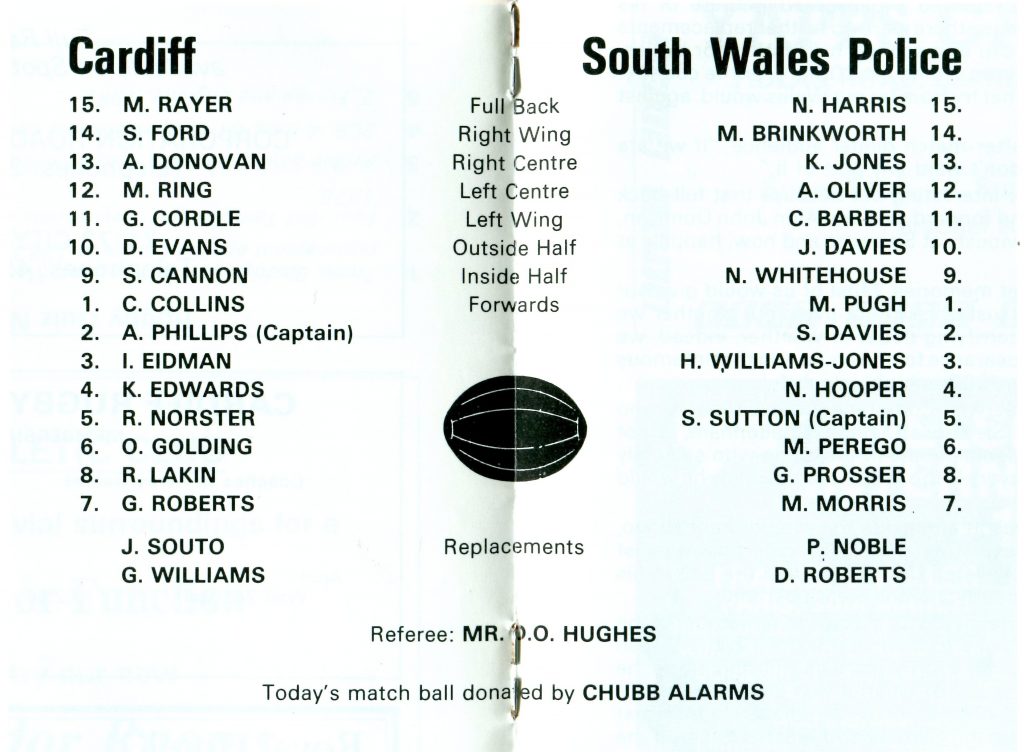 Following his suspension, Ford returned to action in September 1988 with a try scoring appearance against Aberavon and over the next ten seasons he played 234 times for Cardiff scoring a total of 198 tries for the Blue and Blacks. His try scoring record eclipsed the previous figure of 184 tries scored by the great Bleddyn Williams.  The record breaking try came in the Swalec Cup tie against Dinas Powis on 22ndFebruary 1997 when Ford scored five tries in Cardiff’s 99 – 7 victory. His final game for Cardiff came against the old enemy – a 38 – 15 victory against Newport – in the WRU Challenge Trophy. 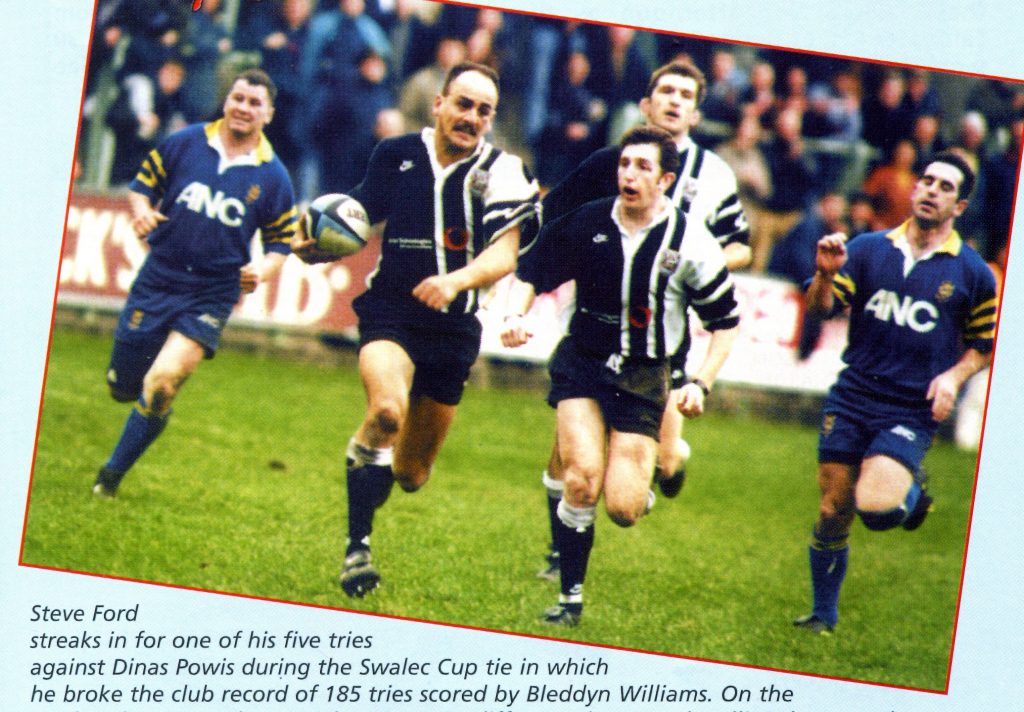 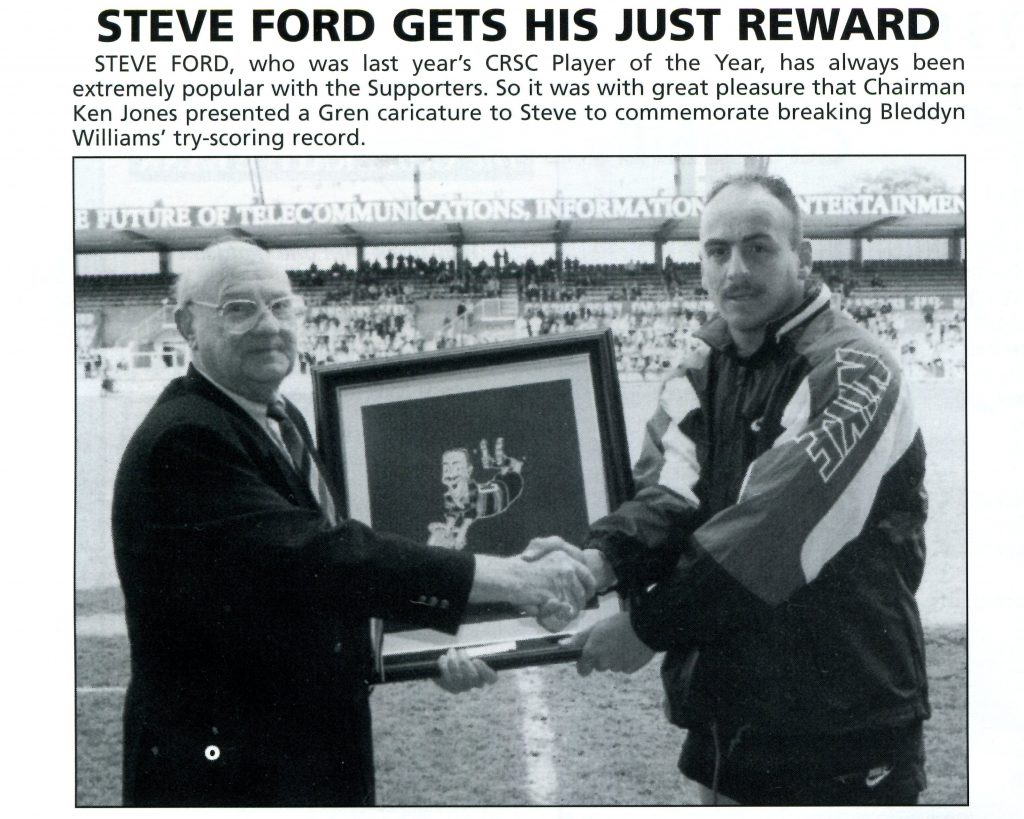 In 1990 Steve Ford made a try scoring debut for Wales against Ireland in the Five Nations Championship, and he was selected for Wales on their 1990 summer tour of Namibia. In all he won eight Welsh caps (scoring two tries) and was a member of the Welsh squads that played in the 1991 and 1995 Rugby World Cup. As well as his senior international honours, Steve Ford also played for Wales ‘A’, Wales ‘B’ and Crawshays Welsh XV.