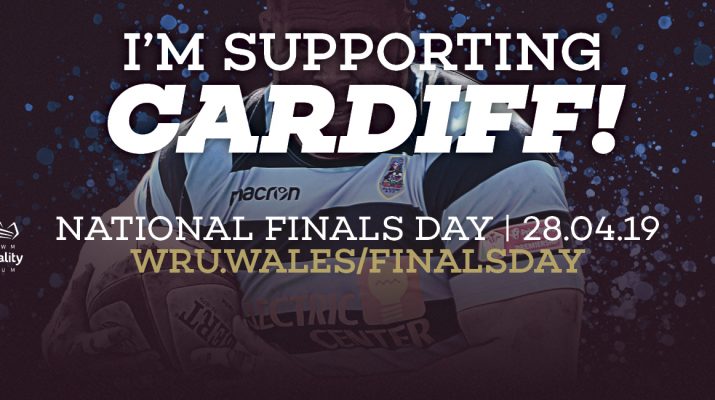 Cardiff head to the Principality Stadium for the National Cup Final against Merthyr on Sunday evening (5:35)

The side shows only one change in the backline to the team that played at Sardis Rd last weekend. James Beal’s injury hit season continues and he is replaced by Max Llewellyn. In the centre Ben Thomas reaches the milestone of 20 games this season winning him his Club cap.

In the pack three changes see Kieron Assiratti starts along side Thomas Davies and captain Joey Tomlinson. Sam Pailor moves up a row from last week allowing Zach O’Driscoll to slot in at seven.

Speaking ahead of the game Head Coach Steve Law said “we are all looking forward to going to the Principality Stadium We know we are up against the current League Champions and Cup holders, and they are also top of the league this time round, so we will have to be at our best, but it is a challenge we are excited to have. It has been a long season and we have played a lot of rugby, but we have everything to gain. It has been a long time since Cardiff were in the Final and it would be fantastic for the squad, team management and supporters for us to be able to bring the trophy back to the Arms Park “