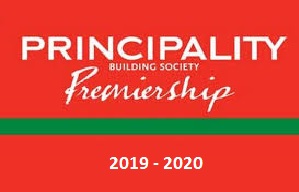 Having secured their best placed finish in the Premiership for 10 years and winning the National Cup for the first time in 22 years the Blue & Blacks have looked to strengthen the squad with some exciting signings.

Head Coach Steve Law is looking to take the Blue & Blacks to the next level following a great season. “Having had a great season last time out we have brought in new faces that will add to the quality of the players we already have in the squad. We want to maintain the standard we achieved last season and move the bar higher this year. It will be a great challenge for us and one we are immensely looking forward to.”

“There are some very talented players who we have been able to recruit. Several have had Regional experience last season and one played Southern Hemisphere Super 15 rugby last season. Added to that there is a wealth of experience from players who have plied their trade in the Premiership and exciting youngsters looking to break into the team.”

The players coming in to boost the squad are

Brynley Toms – Bryn played for Cardiff RFC in the last game of the season at RGC1404. The 27 year old though bring great Premiership experience to the Blue & Blacks having played 147 times for Bedwas. He also has a Welsh Cap at Student level.

Ollie Drake – Ollie was voted Player of the Season at former club Pontypool in 2018. Having won the Championship twice with Pooler, Ollie is looking to take the step up into the Premiership with Cardiff RFC.

Evan Yardley – Another player with a huge amount of Premiership experience having played Premiership rugby since 2015. Yardley has been the number one hooker choice at RGC1404 for the last five years but makes the move South to join up with the Blue & Blacks.

In the second row we are delighted to welcome

James Ratti – James was impressive against Cardiff in one of the final games of last season. The Wales U20 lock has played 13 times for the Ospreys as well Premiership experience with both Aberavon and The Whites.

Nathan Hudd – Hudd has joined the Blue & Blacks from Bedwas and is another player with a huge amount of Premiership experience. He has been in the Dragons regional set up since 2012 when he was a member of the Dragons U16 squad. The 22 year old has also played for Cross Keys, Pontypool and Newport.

In the back row Cardiff welcome to the Blue & Black family

James Thomas – The back row has played 54 times for the Dragons as well as a raft of Premiership Clubs. His wise head will help the youngsters who Cardiff have also brought in. Thomas has 2 Wales U18 Caps and 15 U20 Caps to his name.

Alex Everett – Alex has been playing for Cardiff University last season, but has already made an impression with Newport two seasons ago.

Lloyd Pike has also joined the Blue & Blacks having been one of the youngest players to Captain Llanelli.

In the backs we welcome to the Blue & Black family

Tom Habberfield – Scrum Half Tom has a huge amount of experience and knowledge to bring to the Blue *& Blacks. 135 games for the Ospreys, a Welsh sevens and Wales U20 player he will be the marshal behind the pack. Tom was a sought after man and Cardiff RFC are delighted and excited that he accepted our offer to join us

Ben Williams – Ben has joined the Blue & Blacks from Ealing Trailfinders having played at Cardiff Met the season before. He has also played in the Aviva Premiership A league with Worcester Warriors.

Joe Scrivens – Caerphilly born Scrivens joins the Blue & Blacks from Bedwas having also played 57 times for the Bridgend Ravens. The outside half also has one appearance for the Ospreys.

Sam Beard – signing Sam Beard is a real statement of intent for the Blue & Blacks. The centre played twice last season for the Canterbury Crusaders, as well as Canterbury in the Mitie Cup finishing as runners up to Auckland. Sam also has 41 caps for Edinburgh and 34 for Newport Gwent Dragons.

Ahead of the announcement of his signing Sam said “since coming back from New Zealand I’ve been focusing on my off field commitments, but I’m really looking forward to getting back on the playing field and being involved with Cardiff RFC in the 2019 season and putting down a marker.”

Barney Nightingale – Barney was a fixture in the centre at Bargoed last season. The Wales u20 Cap also brings with him 5 senior appearances with the Newport Gwent Dragons.

Leon Andrews – Leon re-joins Cardiff following 12 years at Cross Keys. The Wales U19 & U21 Cap can play either full back or centre and adds to resources Cardiff have behind the scrum. His last game in May 2005 was his 99th for Cardiff and we look forward to him past the three figure mark.

There are several players who were injured during the course of last season who will be looking to get back into the team. Callum Bradbury and James Beal will be raring to go at the beginning of the season. Fraser Young (shoulder) and Mathew Powell (knee) will be a little bit later in starting their comebacks, both having had recent surgery.

There are only two changes on the coaching front. After a successful season Llyr Lane departs to pursue activities outside rugby. James Dixon is promoted to Backs Coach and Will Cusack joins as strength and Conditioning and Skills Coach.

“There is plenty to be excited about” said Law and he went through the players joining. “these signings will give us options in all positions and I can’t wait for the season to start. Obviously we are sad we cannot keep everyone, and there are players who we will miss once they have left us. But we wish them all the best for whatever their future holds and thank them for their efforts while playing for Cardiff RFC.”

Will Rees-Hole – to pursue work and family commitments

Once training has recommenced we will catch up with the new signings and bring you more on them. And of course should there be any more transfer news we will bring it to you here.