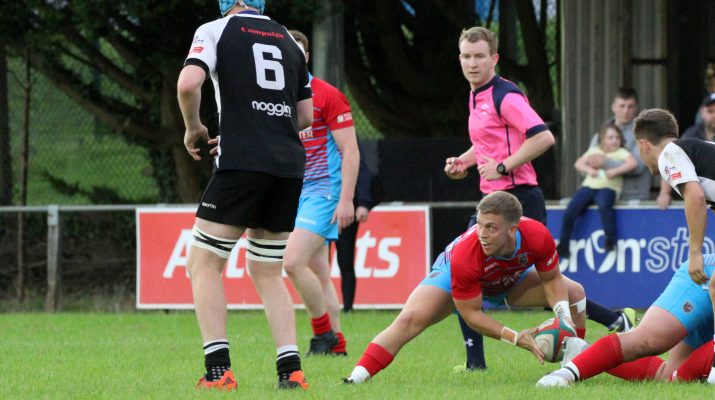 A late change to the line-up saw Zac Hewlett start as hooker as Leon Andrews celebrated his return to Cardiff colours by making his 100th appearance for the Blue & Blacks.

In a side that showed several changes from last week the Blue & Blacks were marshalled by Joe Scrivens as Cardiff dominated the first half. Leon Andrews opened the scoring finishing off a good move with a try under the posts. Sam Pailor was next to score as he celebrated being captain for the evening by scoring his first try for the club. The third try came as Jack Brooks charged down a kick on half way and collected the bouncing ball to score under the posts as Bedwas defenders looked on in anguish. Edd Howley continued his fine form of last season as he once again was the beneficiary of a good attacking move to dot down in the corner. Joe Scrivens excellently converted all four tries as the first half finished with Cardiff 28-0 ahead.

Bedwas were more competitive in the second half but the Blue & Blacks were first to score as James Beal was put clear to score under the posts, Scrivens again converting. Bedwas got on the scoreboard with a try before Cardiff’s sixth of the evening. Replacement Zach Bartlett (this week playing in his more accustomed position of scrum half) the man to register with the scorers as he finished a move that started with a strong run by Scott Andrews that was continued by Jack Brooks before Bartlett finished off. Again the extras were added by Scrivens. Bedwas finished the night with two further tries of their own as the game finished 42-21 in the visitors favour.