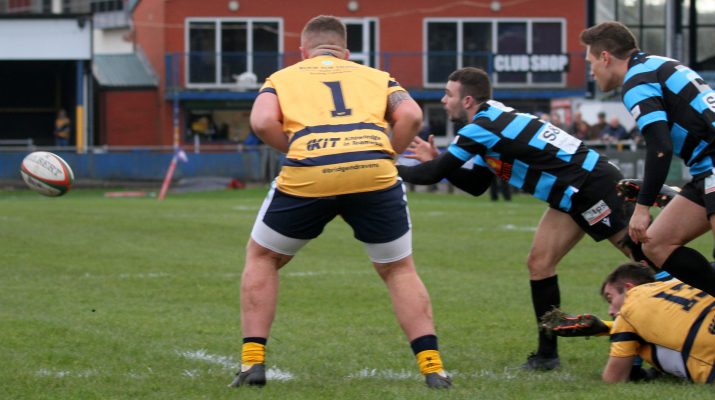 In a scrappy first half the home side were first on the board. Cardiff had done most of the attacking in the first half with no reward and the Ravens living off Cardiff mistakes. One of those allowed Stuart Floyd-Ellis to go over. The Blue & Blacks replied nearly straight away. A great break by Max Llewellyn created space and when the ball was recycled and spread wide quick hands allowed Gareth Thompson to score a try that he also converted.  The outside half was on target again with a penalty for the only other score of the half that sent the visitors in 10-5 ahead.

The second half could only get better and Cardiff started using the maul to great effect. Thompson added another penalty before the driving maul paid dividends. A penalty was kicked to the corner and the resulting play saw Evan Yardley go over, Thompson again added the extras. Three minutes later Cardiff went further ahead. A sweeping move saw several phases of play and the ball moved through the hands down the pitch. Once in the Ravens twenty-two Cardiff were clinical and a great line from Sam Beard resulted in a try by the centre once again Thompson adding the conversion.

The Blue & Blacks then went on the hunt for the bonus point try, but it was the Ravens who scored next. Iestyn Merriman going over with Jacob Chilton adding the extras for what was merely a consolation score. With five minutes left Cardiff sealed the bonus point try. A scrum five metres out was switched blind and, despite the best efforts of several Ravens defenders, Beard scored his second.

Thompson kept his 100% kicking record with the conversion for a personal point tally of 19 points. The Blue & Blacks remain top of the table and are now the only unbeaten side in the Indigo Premiership after Aberavon’s surprising home defeat against Llanelli.