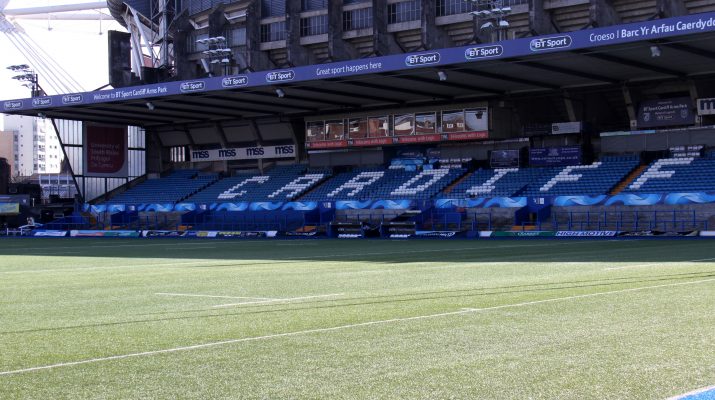 The two limbs of the Arms Park beast have been moving in different directions for years, but the club side believe the region are now aware where their real appeal stems from.

Jones talked about leveraging the Blues as a ‘global brand’ when he first took over from Peter Thomas two years ago, but his more recent comments shifted the emphasis to leveraging the tradition and history of rugby in the Welsh capital to try to bring back the glory days to the Arms Park.

While the Blues are fighting battles on every front to try to keep their business afloat in these troubled times, not least wondering how and when they will be able to pay back the £5m they borrowed recently and what to do with the £18m of equity that Thomas still holds within their accounts, Cardiff RFC are trying to find out where they sit in the overall equation.

Norman sees his rugby committee as the guardians of the more than 140 years of rich rugby history of Cardiff rugby.

“I was delighted to finally hear someone at the Blues talk about building on the traditional strengths and heritage of rugby in Cardiff, rather than merely continuing to forge a separate identity for the region,” said Norman.

“These are dark days for all professional sport and they require forward and positive thinking. I would like to think the Blues board can find a way to fully embrace Cardiff RFC and what it stands for, rather than treat it as a part of their business portfolio dating back to 2003 when they took control of the club’s A Licence.”

Since Richard Holland took over as chief executive of the Blues in 2012 he has been consistent in telling everyone that the No 1 item in his in-tray was re-negotiating a new lease with Cardiff Athletic Club beyond its current end date in February, 2022.

Jones chose his words carefully in an interview that obviously aimed to wrap his arm around the RFC committee and members ahead of a meeting with fans this week.

But for the first time he suggested his board is open to building a joint identity with Cardiff RFC.

“Cardiff Blues is effectively the progression of the old Cardiff RFC, but we also have an obligation to the region. I accept entirely that we need to leverage the Cardiff brand more,” he said.

“We know it’s there, having done the work in the fan-base. It’s very much a live issue for us as a board.”

Norman and his committee have already been told that the Blues, who took control of the semi-pro club’s WRU A Licence when the region was formed in 2003, want to use the Premiership outfit to service the needs of their academy players if any rugby is played this season.

“The clock is ticking, as Alun suggested, and I hope his comments are not merely part of a charm offensive.

“He said he believes the Blues can celebrate the Cardiff heritage alongside embracing their regional obligations, so let’s hear how he intends to silence the sceptics on that one,” added Norman.

“If he truly believes the Blues are a progression of what he describes as ‘the old Cardiff RFC’ then he has to find a way to back up his words.

“Under the terms of the Professional Rugby Board that regulates the regions there is a rule that stops a region investing in a Premiership club. If that is the case, then why don’t we find a way to properly unite the two entities and make the Blues and Cardiff RFC one true club.

“Surely, that is the most positive way forward for the two clubs, rugby in Cardiff and its surrounding area and the game as a whole.

“If you ask me what that looks like, then the first thing I’d say is there has to be a name change. The professional club needs to become plain and simple Cardiff Rugby.

“Jettison the Blues at the professional level, re-brand as Cardiff and take on board 144 years of wonderful tradition. One city, one club.

“From our perspective, we either have to find a way to operate as a stand-alone rugby club or find a partner that is willing to adopt our history, our values and our name and safeguard it for the next 150 years.

“Cardiff RFC has a permanent home, it will continue regardless of the impact of Covid and we are determined it should build on the recent successes of the past few years.

“We won the Welsh Cup last year, topped the Premiership table and were in the Cup semi-finals this year and we’ve provided a host of Blues players with a bridge into the pro game.

“These are times that need imagination and foresight. Why not create a Cardiff Blues junior club that runs the whole of the game in the North and South of the region up to U18 level and leave the professional operation to run the senior academy, Cardiff Rugby and Cardiff Athletic sides.

“One of the biggest issues we have always had since 2003 is that our Youth team was disbanded. It was the lifeblood of Cardiff RFC ever since the Fifties.

“We’ve had to ask for permission to launch a junior section to attract young local players and been told we have to start with one team at U8 level and add a team a year. Every way we have turned we have been disadvantaged.

“Yet we have still managed to move forward and hold onto our status in the top echelons of the semi-professional game in Wales. We want that and more in the future – to be able to compete in any cross-border tournaments that open up.

“It would be down to the professional team to carry the great name of Cardiff Rugby across the world, but there is so much more we could offer to the business if we were all properly aligned and working together, rather than at odds.

“There has been a perceived ‘master and slave’ approach over the course of the current relationship between the two of us. That has to change, we need to become brothers in arms.

“By fully integrating the two bodies that could finally happen – and open a pathway to even greater success for the professional, semi-professional and junior sections of the game in the Welsh capital.”