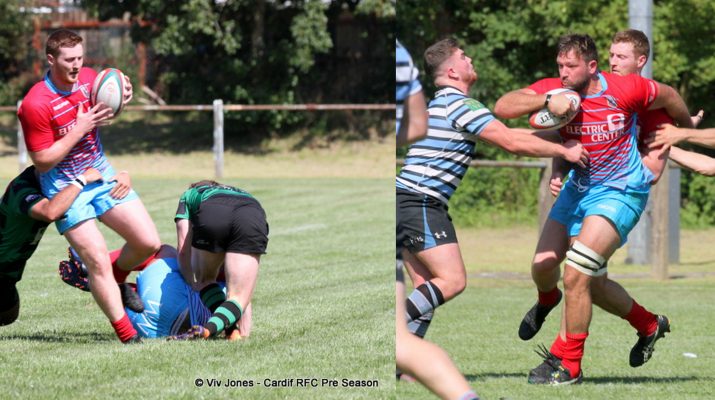 Cardiff RFC had a successful first run out at Stirling Rd on Saturday.

The ‘second half’ was played against a very competitive Glamorgan Wanderers side. The Blue & Blacks scoring twice, but conceding 4 times to the Ely team. With so many players released to the Cardiff Blues A side it was an opportunity for several players to show their capabilities. Try scorers were Johnny Wood and Zac Barlett  who also converted his try

As ever Cardiff RFC would like to thank all the clubs who allowed their players to play in the warm up, your help is greatly appreciated.

On Friday the Blue & Blacks are again in action visiting Bedwas in the final warm up game. (7:00 KO)