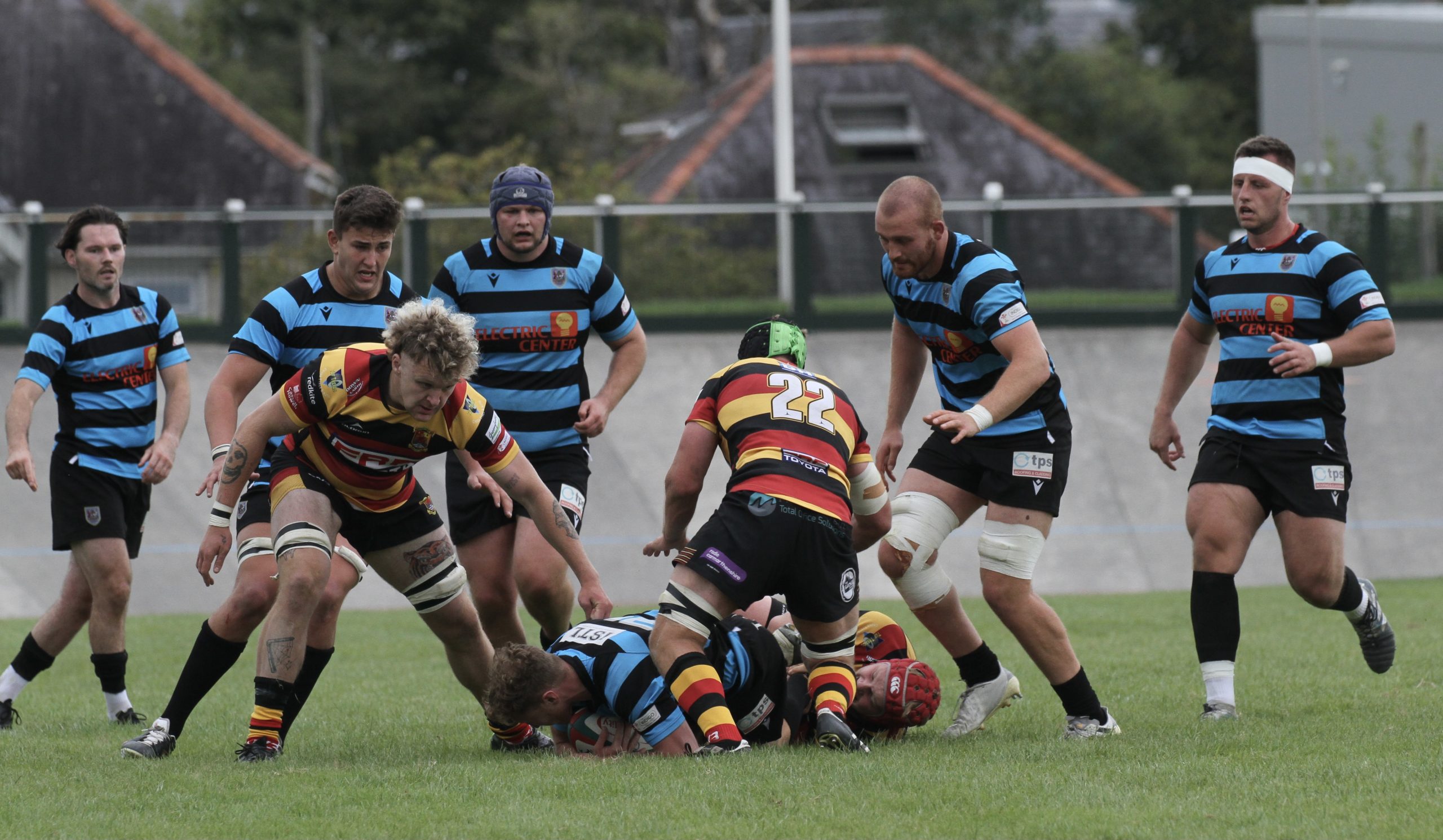 Cardiff made the running in the first 10 minutes with Jack Maynard pushing the Quins back in their own 22 with some pin perfect kicking, but a series of penalties allowed the home side to clear the danger and work their way downfield. A break up the middle by Nic Reynolds nearly resulted in the first score, only a forward pass denying the Quins. They were first on the board however, after 13 minutes, when Josh Batcup landed a simple penalty.

The next ten minutes were spent with neither team able to gain an advantage as both sides looked to break down well marshalled defences. Eventually Cardiff got on level terms when Maynard landed a short-range penalty. The outside half was also instrumental in the first try as his chip through was placed perfectly for Jacob Beetham to use his pace and touch down in the corner. Maynard landed the conversion form out wide to send the Blue & Blacks 10-3 up at the break.

Quins made a great start to the second half, levelling the scores from a driving lineout that saw Rhys Lawrence crash over – Batcup added the extras. As ever with a friendly there was a raft of replacements, but in a game that was controlled by the defences, chances were few and far between. Bachup missed a long-range penalty before Maynard restored the lead for the Blue & Blacks midway through the half. But it was to be the defences day as the Blue & Blacks repelled the Quins attacks in the final few minutes.