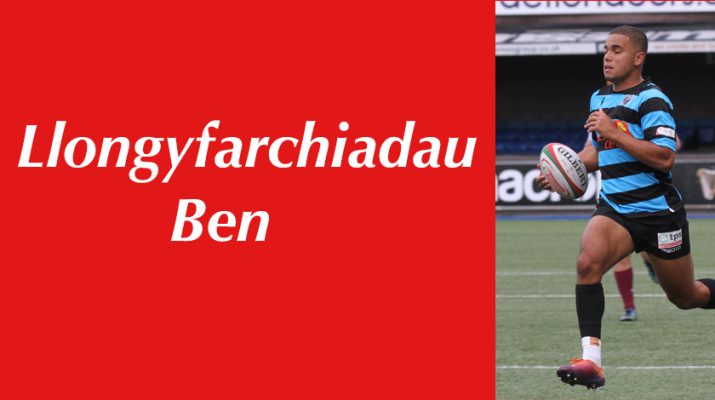 Our congratulations go to Ben Thomas on his call-up to the Welsh squad for the summer internationals against Canada and Argentina. Originally an outside half, Ben was convinced that he could have a career playing in the centre – and the rest, as they say, is history. A silky player with an eye for the gap, Ben has effortlessly made the transition to mid-field, where some have likened him to former England legend Jeremy Guscott.

Ben is joined in the Welsh squad by others that have worn the Blue and Black –  Owen Lane, Jim Botham, Dillon Lewis, and Josh Navidi as well as those that will be wearing the colours next season, Cardiff Rugby players Josh Turnbull, Tomos Williams, Jarrod Evans, Cory Hill, Hallom Amos and Uilisi Halaholo. Go well, boys.